A day after the England Cricket Board (ECB) started investigating an unnamed player's offensive tweet, it has been reported that the cricketing board is also investigating Eoin Morgan's and Jos Buttler's past tweets. Morgan is England's only 50-over World Cup-winning skipper so far while Buttler was his deputy during the ICC event.

As per a report in telegraph.co.uk, Morgan and Buttler mimicked Indians by using the word 'Sir'. A look at Buttler's tweets confirms that he did use the word 'Sir' and wrote broken English, allegedly mocking the Indians.

Morgan also used the word Sir for Buttler while congratulating him on May 18, 2018. Buttler scored an unbeaten 94 off 53 for Rajasthan Royals that day. Brendon McCullum, the present head coach of Kolkata Knight Riders, reacted to Morgan's tweet and allegedly mocked the Indians. "@josbuttler Sir, you play very good opening batting," wrote McCullum.

Buttler deleted the tweets after they were widely circulated on social media. Check out the screenshots of the posts -

Show the same every and suspend Eoin Morgan for that tweet. https://t.co/2lhsbiiRpK pic.twitter.com/I7m70SS2d5 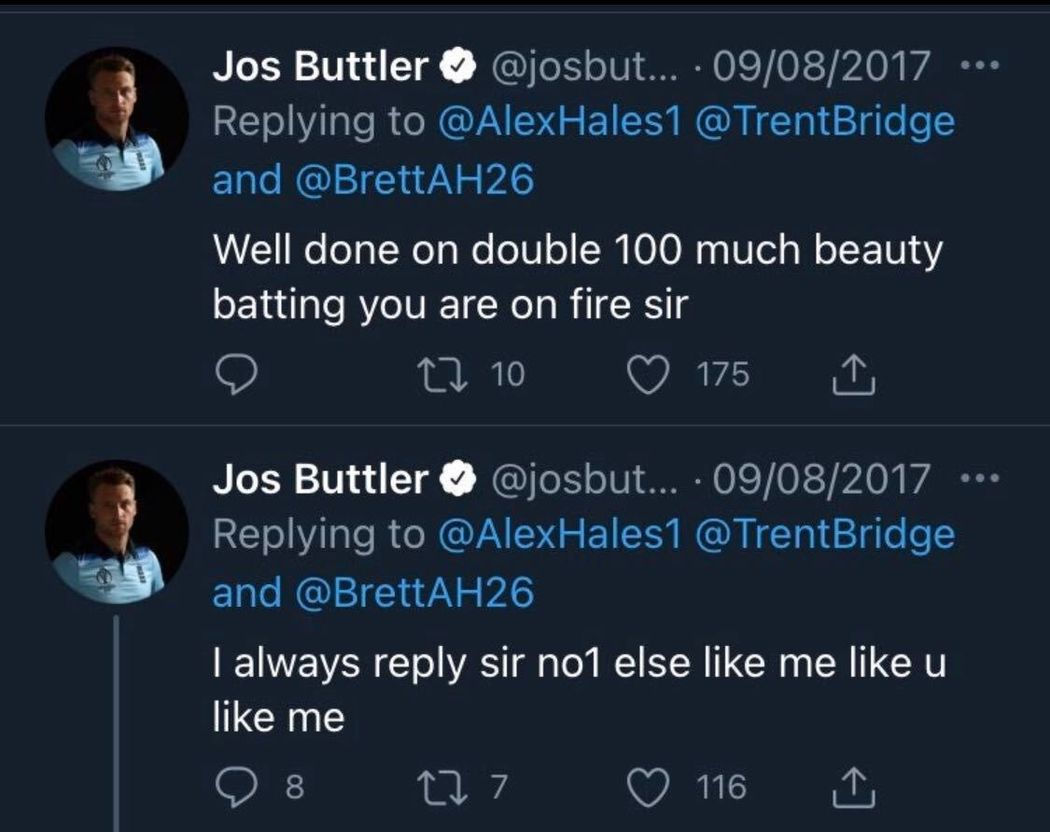 Morgan is the captain of IPL franchise Kolkata Knight Riders (KKR) in the Indian Premier League (IPL) while Buttler is a mainstay in Rajasthan Royals' batting unit. McCullum, an IPL legend, is associated with KKR. He was with Royal Challengers Bangalore when he wrote the congratulatory tweet.

The report in telegraph.co.uk adds that the board's decision on whether to reprimand the duo will be taken after the investigation.

Robinson is now under suspension from international cricket but is allowed to play for Sussex in domestic cricket. Sussex haven't confirmed their final squad yet. ECB's T20 Blast kicks off today (June 9).